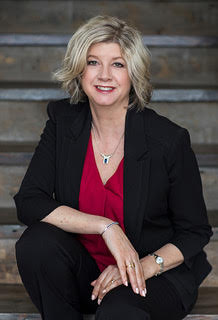 Jennifer Burelbach, MSSA, LCSW, DCSW has been a practicing therapist since 1990. She graduated Phi Beta Kappa and with Honors from the College of Wooster, Wooster Ohio in 1989. Jennifer participated in the pre-professional program with the College of Wooster and Case Western Reserve University, Mandel School of Applied Social Sciences, Cleveland, Ohio. The pre-professional program credited her first year of graduate school towards both her graduate and undergraduate degrees. She finished college in three years and finished her graduate degree in the typical two years of study. She graduated in 1990 with a Master of Science in Social Administration. The Mandel School of Applied Social Sciences has been consistently ranked among the top 10 schools of social work in the Nation. Jennifer holds a Diplomate in Clinical Social Work, the highest national certification awarded by the National Association of Social Workers. This certification distinguishes her among her peers as an experienced advanced practice clinician.

After graduating, Jennifer continued her education by participating in a two year post graduate certificate program with Gestalt Chicago, Chicago Illinois, training in the theory and practice of Gestalt Therapy. In addition to her training as a Gestalt therapist, Jennifer has specialized training in attachment theory (child development). She is also a trained mediator.

Jennifer has worked in many different practice settings beginning her career working with Dialysis Patients assisting them in their adjustment to chronic illness. She has worked in community mental health with individuals experiencing severe and pervasive mental illness.

She worked with teachers and students in the Nashville school system to assist students with behavioral problems to assimilate into the school experience. She has worked with adults and children in outpatient behavioral health settings treating mood disorders, relationship problems, life cycle changes and trauma. In addition to her work as a therapist, Jennifer has a strong interest in working with families as they navigate the divorce process. She has worked collaboratively as a Child Development Specialist on Custody Assessment Teams with the La Crosse County Mediation and Family Court system.

In 2005, Jennifer finally realized her dream of starting a private practice, opening Burelbach Psychotherapy, LLC, only to learn that insurance companies were not mandated to pay for mental health treatment unless the service was provided in a State of Wisconsin (Department of Health Services) certified clinic. This made no sense to Jennifer, given that master prepared mental health professionals were licensed to practice independently, outside of the state certified clinic system. She set out to amend the insurance law to mandate that insurance companies pay for mental health services inside or outside of the clinic system.